When will Oil Peak? 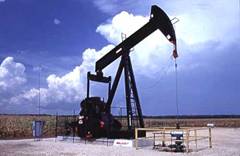 So the debate now rages as to when Peak Oil will occur globally. The only reliable way to identify the timing of peak oil will be in retrospect. M. King Hubbert, who devised the peak theory, predicted in 1974 that "if current trends continue" peak oil would occur in 1995 at 12 gigabarrels per year.

However, in the late 1970s and early 1980s, global oil consumption actually dropped (due to the shift to energy-efficient cars, the shift to electricity and natural gas for heating), then rebounded to a lower level of growth in the mid 1980s. The shift to reduced consumption in these areas meant that the projection assumptions were not realized and, hence, oil production did not peak in 1995, and has climbed to more than double the rate initially projected. Today we consume around 4 times as much oil as we discover.

In 2005, the ASPO revised its prediction for the peak in world oil production, from both conventional and non-conventional sources, to the year 2010. These consistent upward (into the future) revisions are expected in models which do not take into account continually increasing reserve estimates in older discoveries (A subject we will address later on).

Another peak oil proponent Kenneth S. Deffeyes predicted in his book Beyond Oil - The View From Hubbert's Peak that global oil production would hit a peak on November 25, 2005 (Deffeyes has since revised his claim, and now argues that world oil production peaked on December 16, 2005).

Renowned Texas oilman T. Boone Pickens has stated that worldwide conventional oil production will top out at 84 MB/day (31 BB/yr), a claim supported by recently published data from the US Energy Information Agency, which suggests global oil production peaked in 2006. An October 2007 retrospective report by the Energy Watch Group backs this claim up and concluded that peak oil has indeed happened.

Sadad Al Husseini, former head of Saudi Aramco’s production and exploration, stated in an October 29 2007 interview that he foresaw oil production remaining flat for the next "10 to 15 years" after which the world's oil resource will be "very severely depleted." Al Husseini also indicated that, in his opinion, OPEC could realistically maintain only 30 MB/day.